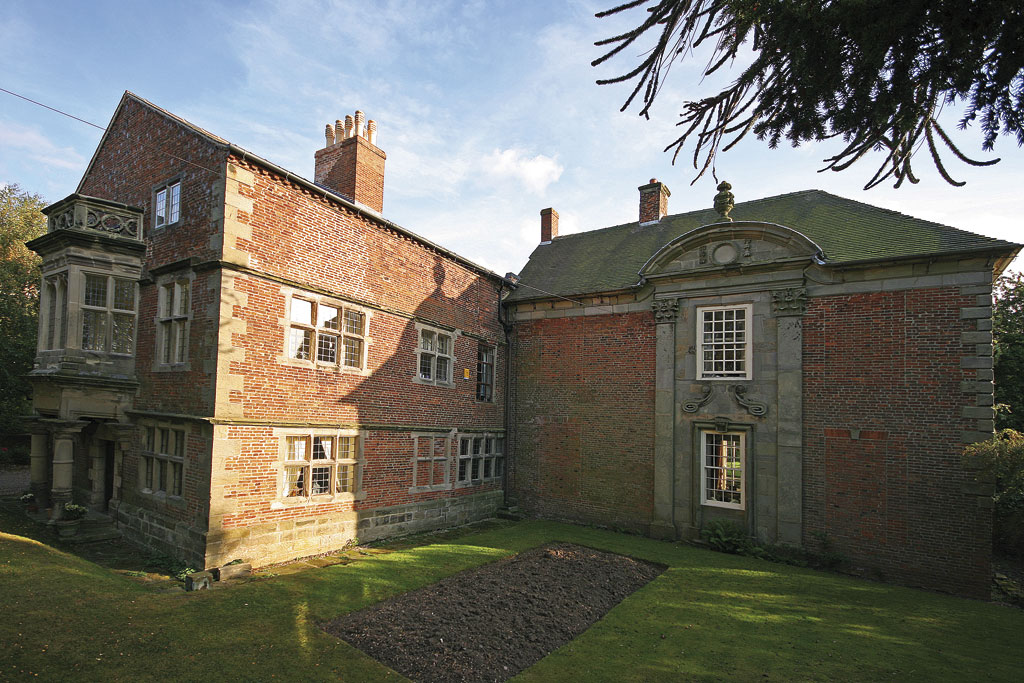 A rare opportunity to acquire a beautifully presented Grade II* listed Hall which has been the recent subject of a complete restoration project and offers wonderful family accommodation over three floors.

A rare opportunity to acquire a beautifully presented Grade II* listed Hall which has been the recent subject of a complete restoration project and offers wonderful family accommodation over three floors with the benefit of a substantial barn and land extending to approximately four acres. The renovation has been carried out in such a manner as to preserve a great deal of the integrity of the original building including some very fine plasterwork, mouldings and in particular the staircase.

The house is approached off the Cubley to Alkmonton Road through a pair of wooden gates leading to an area of parking for a number of cars and a courtyard with further parking and access to the car port to the front of the barn. The original front door is no longer in constant use and therefore the house is now entered by means of the door in the rear ‘William and Mary’ wing.

It is believed that the oldest part of this Grade II* listed hall was constructed circa 1612-1614 by one Thomas Browne of Shredicote, Staffordshire to whom the Estate had been granted by James I (ruled 1603 -1625) for a consideration of £2,600. There had been an earlier house on the site the moat of which is still discernable in the grounds. At some time in the two decades or so after the Civil War (1642-1651) further work was undertaken to the original house with the West Wing being built between 1690 and 1705. To the rose garden the West Wing presents an essentially blank wall with pilasters and, in the centre, a large Baroque door case with open Scrolly pediment. It would appear to bear all the hallmarks of the West Midlands sculptor and architect, Sir William Wilson, who in this period was working on the nearby Sudbury Hall, a point made by Pevsner in his Buildings of England, Derbyshire book. The Estate was sold by the Browne’s in 1749 to the Wilmots of Chaddesden when it became a tenanted farm. The house was ‘improved’ again in 1846 before being sold to Lord Vernon in 1860 passing some eighteen years later to S.W. Clowes of Norbury Hall with some 1,040 acres! It was sold in 1981 by an Arthur Barker, a former Littleover butcher, who had purchased it in 1975. Our clients acquired the property in 1987 and over the last three years they have embarked on a project to completely restore the Hall under the direction of Derek Latham whose other recent clients have included HM The Queen, HRH The Prince of Wales and The Duke of Devonshire.