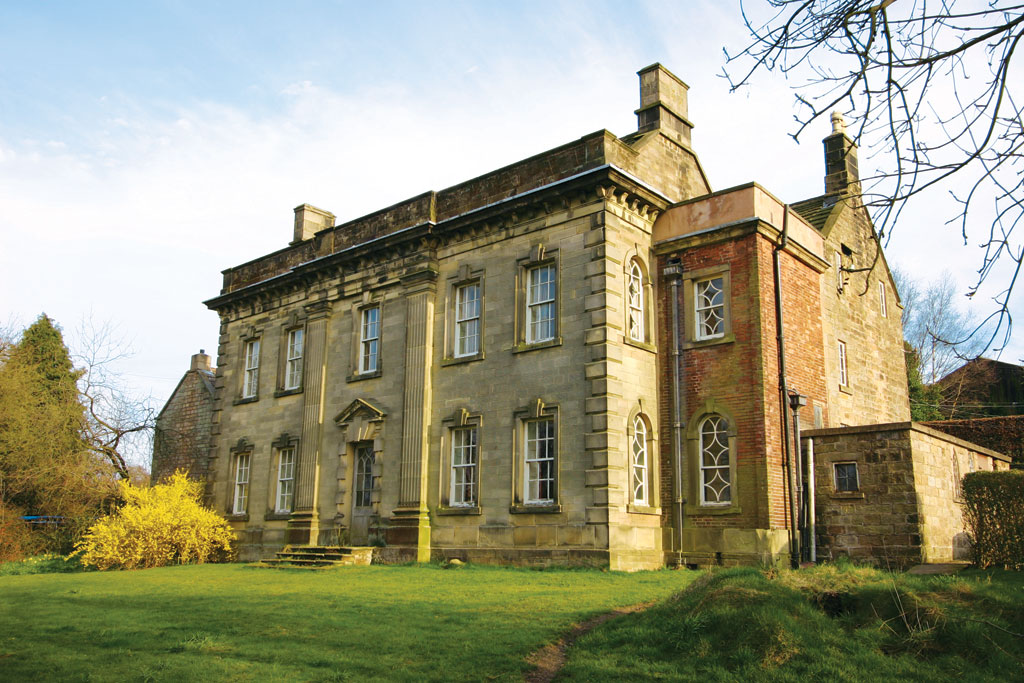 A fine and handsome Grade II* listed house with lovely rooms offering adaptable family accommodation. The cottage/annexe also adds to the property&rsquo;s flexibility. The house is situated on the edge of the thriving village of Lea and is offered with approximately ten acres of garden and pasture land (further land may be available by separate negotiation).

A most attractive freehold family residence offering extensive accommodation over three floors and with the benefit of an integrated cottage. The house has been in the ownership of our clients for nearly 50 years and now therefore offers great potential for an incoming purchaser. It benefits from a large number of original features including mouldings, fireplaces and cellars. The property sits back from the road behind a high stone wall and enjoys wonderful views over open countryside. There are lawns to the front and rear, a fine walled kitchen garden and a shrubbery with a waterfall. Furthermore it has a good range of agricultural barns which offer great potential for an incoming purchaser either as an extra income or for use by the owner. We are offering the property with grounds and gardens extending to approximately 10 acres, however our clients are in possession of more land which may be available by separate negotiation.

The origins of Lea Hall are obscure, but it is fairly certain that Robert Alverley raised a Chantry Chapel a short way behind the house in the reign of King John. After the dissolution in 1535 this became a barn and was still in existence until fairly recent times. The house was connected with various well-known families, and in 1709 it was brought by one Thomas Nightingale, a local farm worker who was very skilled in prospecting for lead. Within quite a short space of time he owned the local smelting works in the village, and much of the land in the area. All this is well documented and during the next hundred years the family became one the richest in Derbyshire. In 1754 Thomas’s son Peter added the Georgian façade to Lea Hall. In 1796 the family moved elsewhere, but continued to own the estate until 1922. The Parish of Dethick, Lea and Holloway is steeped in history and Lea is recorded in the Domesday Book as Lede; the notorious Babington Plot of 1586 was planned at Dethick and Florence Nightingale spent much of her early life at nearby Lea Hurst (and almost certainly lived at Lea Hall while that house was being built). John Smedley’s woollen mill in the village was one of the earliest participants of the Industrial Revolution, and still belongs to the same family. Lea Hall is on the edge of this very interesting and sought after historic village which is in a conservation area.